The shear thinning behavior of thermoplastic materials can be characterized by performing a Flow Rate Ratio (FRR) test method in an extrusion plastometer (melt indexer). This test method, which is indicated as “Procedure D” in ASTM D1238, is a multi-weight test and is designed to obtain two or three flow rates at two or three different loads/shear stresses (of generally a 10:1 ratio) on one charge of material (at the same testing temperature). The results of this test can be represented as FRR parameter which is a dimensionless number and can be calculated by divining the melt mass flow rate (MFR) or melt volume flow rate (MVR) at the higher test load by the MFR or MVR at the lower test load, such as below: 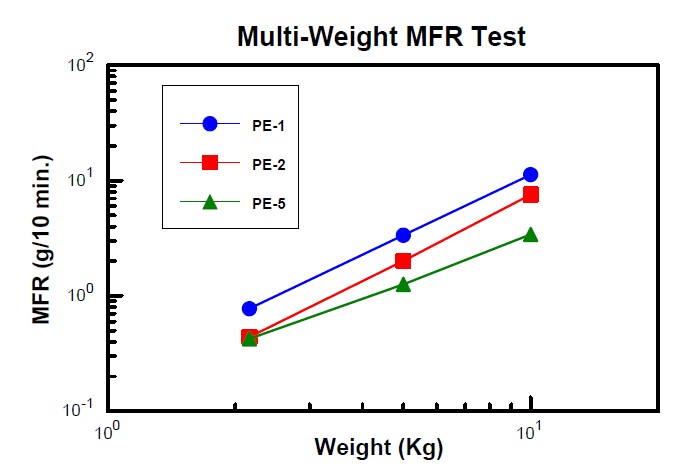 This graph can be used for determination of polymer Power law index parameter which reparents the shear thinning behavior of the polymer melt. The information on the shear thinning behavior and shear sensitivity of the melt flow of plastic melts are the manifestations of polymer melt elasticity and strongly sensitive to the polymer molecular weight distribution (MWD). Two exact same polymers (with different lot numbers) which have same MFR values at the standard weight (or same zero shear viscosity and same molecular weight), might show completely different melt flow behavior at higher loads/shear tresses due to having different molecular structure (different broadness of MWD, different branching structure, different melt elasticity, etc). 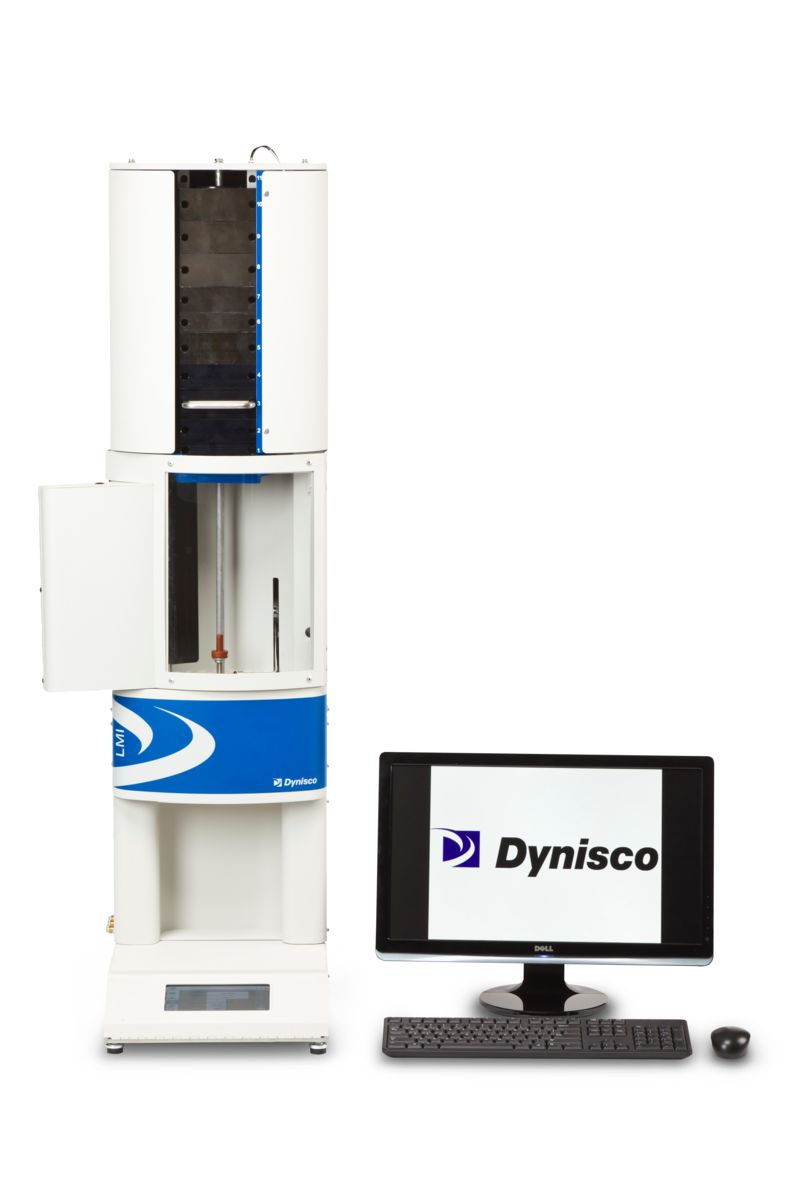 It is suggested that a flow rate ratio test be conducted in a melt indexer with an automatic lift option as it safely and automatically lifts the weights as needed. The reason is that the weights involved in this test method are quite heavy and dangerous for an operator to be routinely lifting. Flow ratio test needs to be operated in a Method B mode using minimum of two digital encoder flags. Between the first and second flag, the second weight will be automatically lowered by the automatic lift system onto the plunger. After the flags have been processed, the instrument will compute and display the information on the MFRs, MVRs (if selected), and FRR.